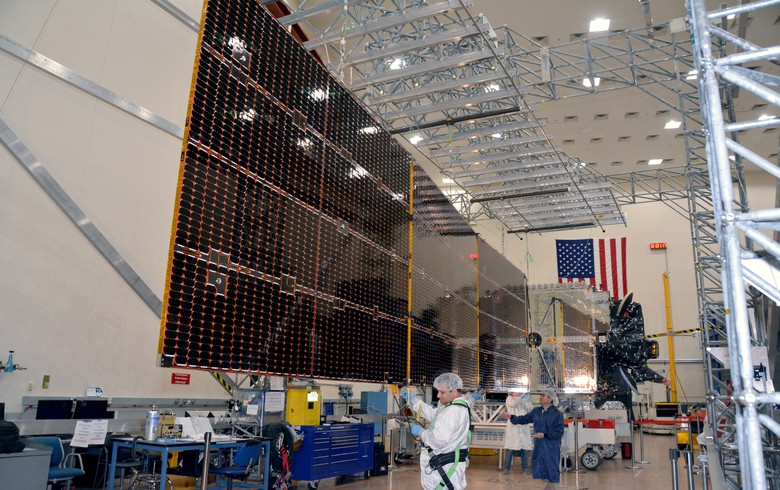 
SpaceX’s next re-launch of a Falcon 9 rocket booster is targeted for next month, for a mission launching a Bulgarian communications satellite from Kennedy Space Center.
SpaceX in March proved that Falcon rockets can be reused with a successful launch of the SES-10 communications satellite from KSC, using a first stage that had first launched a year earlier.
This time, the turnaround time between missions will be significantly shorter — five months instead of 12, if a mid-June target date holds.
The BulgariaSat-1 satellite will ride atop the Falcon booster that launched Iridium Communications satellites from California on Jan. 14, SpaceX’s first flight following a launch pad explosion last September.
The booster landed on a ship in the Pacific Ocean, one of 10 stages that SpaceX has landed and recovered to date.

Maxim Zayakov, CEO of Bulsatcom and BulgariaSat, said he didn’t think using a “flight proven” booster, as SpaceX refers to its recovered rockets, added risk to the mission.
“In fact, we think the other way around,” Zayakov told FLORIDA TODAY. “Because a flight proven first stage has all its systems already used in flight, and it is very thoroughly checked after that, too. So we think that this is a good choice and, yes, of course it saved us some money.”
Exactly how much, Zayakov would not say. Space Systems Loral, the California-based satellite manufacturer, is responsible for the launch contract and insurance.
Space is big. You just won't believe how vastly, hugely, mind-bogglingly big it is.

"...any scientist who couldn't explain to an eight-year old what he was doing is a charlatan."
Нагоре